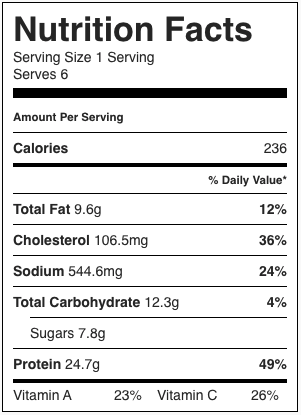 Pound chicken thighs to a thickness of 1/4 inch. Set aside in re-sealable plastic bag.

In a small bowl, whisk together the sauce ingredients. Refrigerate half of this mixture. Pour the rest into the bag of chicken; close the bag and turn it gently so the liquid coats all the chicken. Refrigerate chicken for up to 2 hours.

Meanwhile, in a large bowl, toss the cabbage and the carrot with half the green onions. Whisk together dressing ingredients; pour over cabbage and toss till well mixed. Let sit 15 minutes and transfer slaw to a large serving platter (or 4-6 individual plates).

Heat 2 Tbsp canola oil in a large, heavy bottomed skillet over medium-high heat. Remove chicken from marinade, shaking off the excess and place on a dish, discard marinade.

Add half the chicken to pan in a single layer, spacing them evenly. Do not over crowd. Cook until well browned on the bottom (about 2-3 minutes), flip and cook until chicken reaches 170F (about another 3 minutes). Set the chicken on top of the cabbage mixture.

Wipe out the pan, heat the other 2 Tbsp canola oil, and cook the remaining chicken. Once cooked, add the second batch of cooked chicken to the cabbage chicken platter. Pour the remaining soy-ginger sauce over the chicken, and sprinkle with the remaining green onions. Serve with rice or Asian noodles.

Variation: grill or broil the chicken