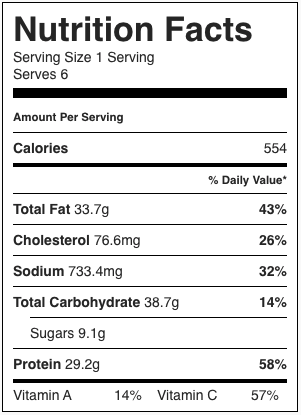 Add in chicken stock, tomatoes and oregano.  Partially cover pot and bring to a boil.  Reduce heat and simmer 40 minutes.

Remove soup from heat.  Using a hand blender, puree the soup.  Return to the heat.

Stir in chicken and corn; cook until chicken is hot.

Peel and pit avocados.  Dice and toss with lime juice.

* Packaged tortilla strips are often sold as a garnish for salads so look for them in the produce section. Tortilla chips can be used instead.

Tip: This soup can be doubled or tripled. Freeze the extra broth (without the chicken and corn) and you’ll have a head start for another meal.

Variation: Use 2 cobs of fresh corn instead of corn niblets. Grill the cobs on all sides until grill marks appear. Slice the niblets off the cobs and add to the soup.

As seen on Great Tastes of Manitoba