Manitoba chicken farmers Kelvin and Kayla Heppner. They farm with their four daughters, Kiera, Emily, Brenna, and Tessa along with Kelvin’s parents, Henry, and Carolyn. They raise broiler breeder chickens and supply eggs for hatching into chicks that grow-up to be broiler chickens. 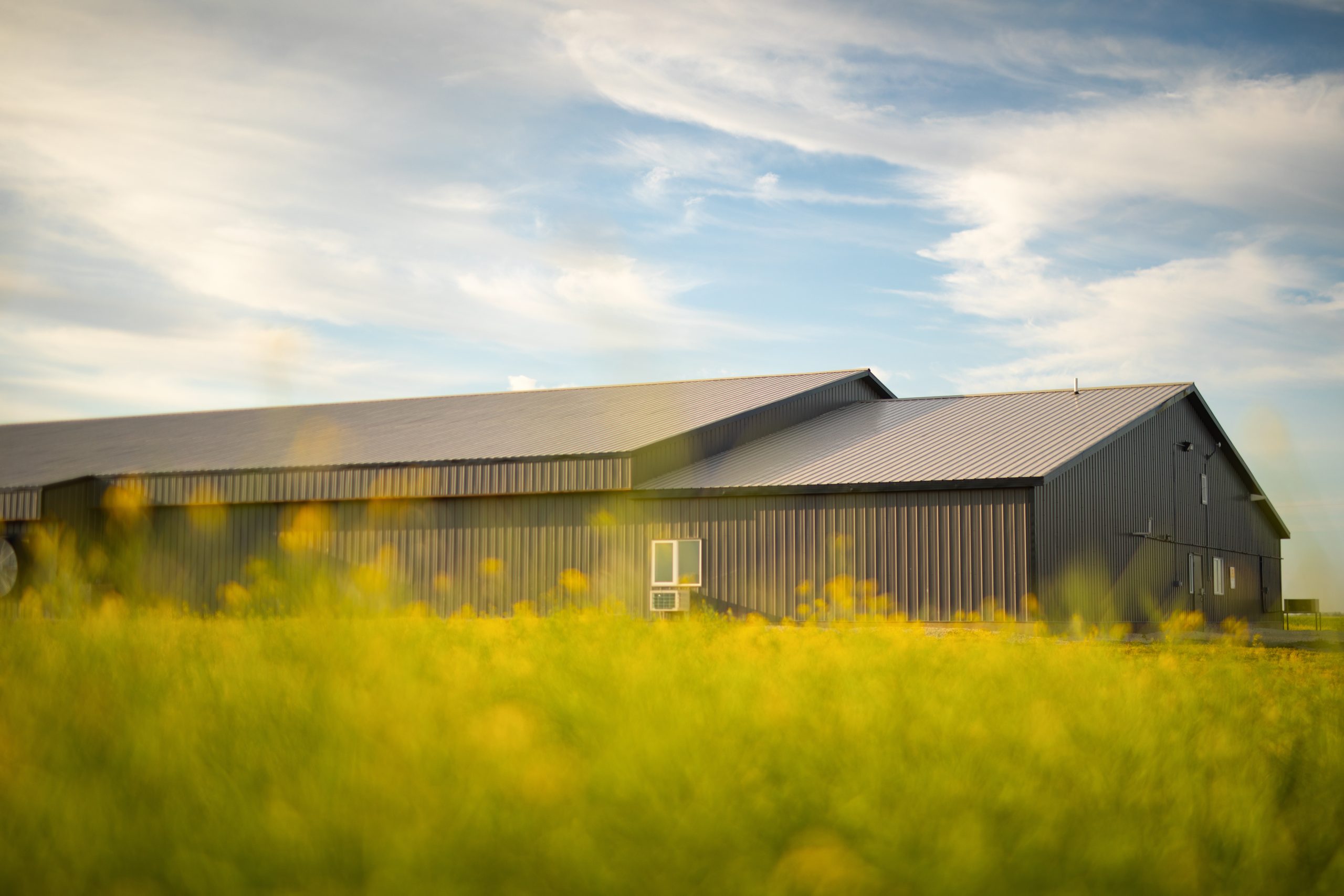 Kelvin and Kayla both grew up on mixed grain and livestock farms. While they both attended post-secondary school in Winnipeg and worked elsewhere, they never completely left farm life. Kelvin’s parents purchased the farm in 1988 where they currently live. At that time, they built one barn which they now use to raise their broiler chicken from day-old chicks to 18-week old chickens. They joined the farm full-time in 2018 when there was an opportunity to expand and build a new barn. In 2020 they moved their entire family onto the farm. On their farm they operate a broiler breeder barn where they raise chickens and roosters to provide fertilized eggs to hatcheries, so other chicken farms across the province can receive chicks to raise for meat. Their chickens are essentially the parents of the birds that are raised for meat.

Kelvin and Kayla usually head to the layer barn around 6 a.m. to pick eggs and walk through the barn to ensure the birds are happy and healthy. Then they pick eggs and sort them – at least four times a day (three times in the morning and once at the end of the day.) They also feed and check on the younger birds in their pullet barn. Between time spent with the broiler breeder chickens and collecting eggs, they’re usually working on the grain side of farm, doing yardwork, or heading out to their girls’ baseball or hockey games and practices. 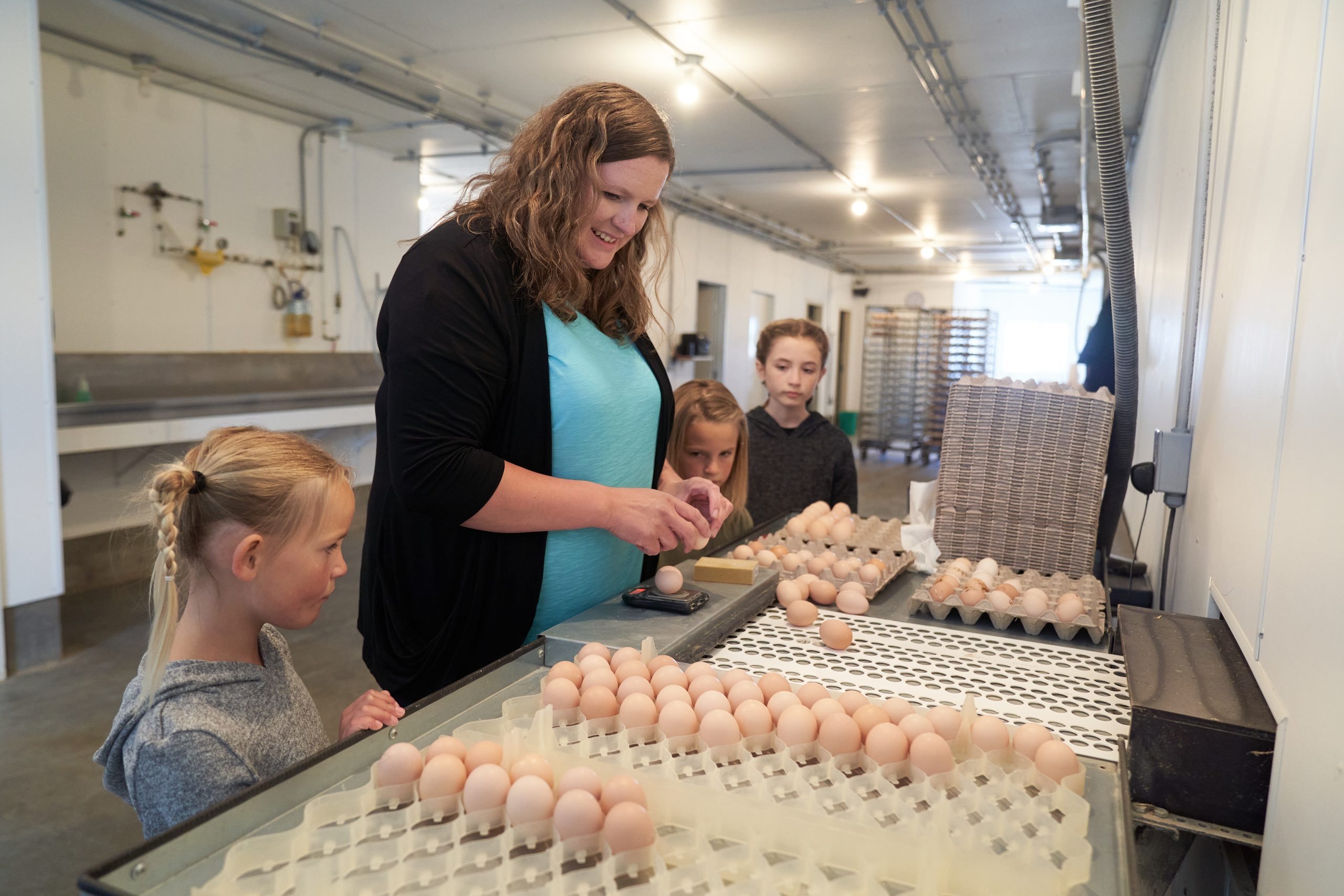 An interesting fact about Kelvin: he previously worked as a farm broadcaster/journalist and usually spends at least a few hours every week on writing articles and conducting interviews for RealAgriculture and RealAg Radio.

The Heppners love the opportunity to work with family, getting their kids involved in the day-to-day work and chores around the farm. They enjoy being able to work from home, and appreciate the challenges of trying to find better and more efficient ways to do regular, daily tasks on the farm. 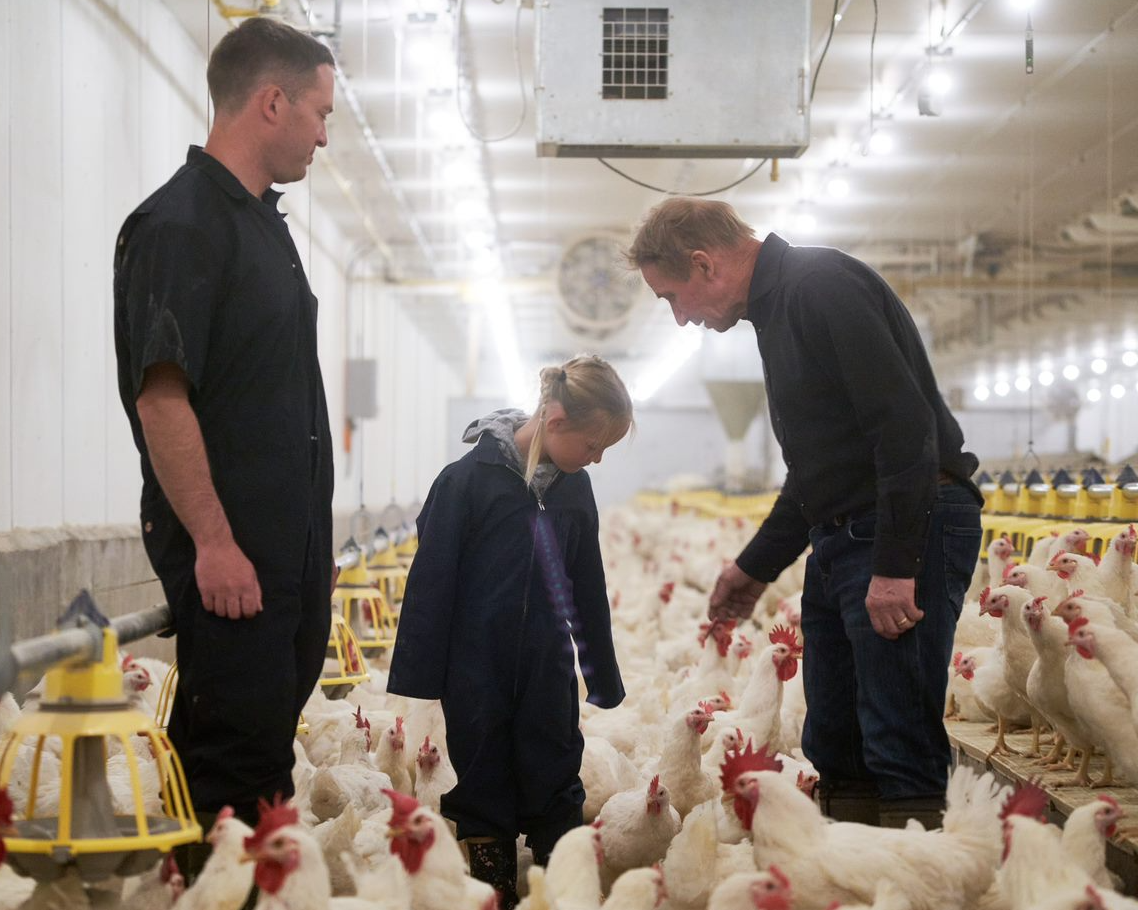 They love working alongside their children and watching them work with their grandparents. 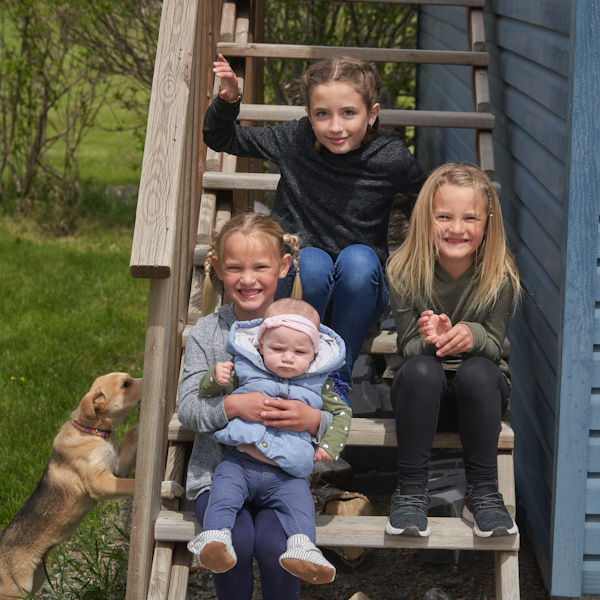 They take pleasure in watching (and coaching) their girls play hockey and baseball. They are avid campers and enjoy planning several weekend family camping trips over the summer when time allows. They also love going for bike rides in the evening with their girls and singing and playing guitar at church.

Their favourite chicken recipe is Greek chicken souvlaki. If you enjoy this classic chicken dish, you’ll want to try our Manitoba Chicken ONE PAN CHICKEN SOUVLAKI!

A big thank you to Kelvin and Kayla and the Heppner family for sharing their story and for the work they do as chicken farmers to ensure Manitobans and Canadians alike have access to healthy chicken to eat year-round. 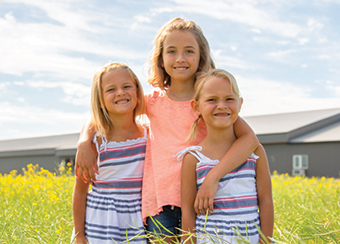 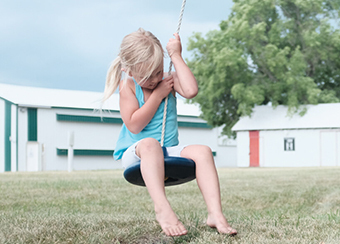