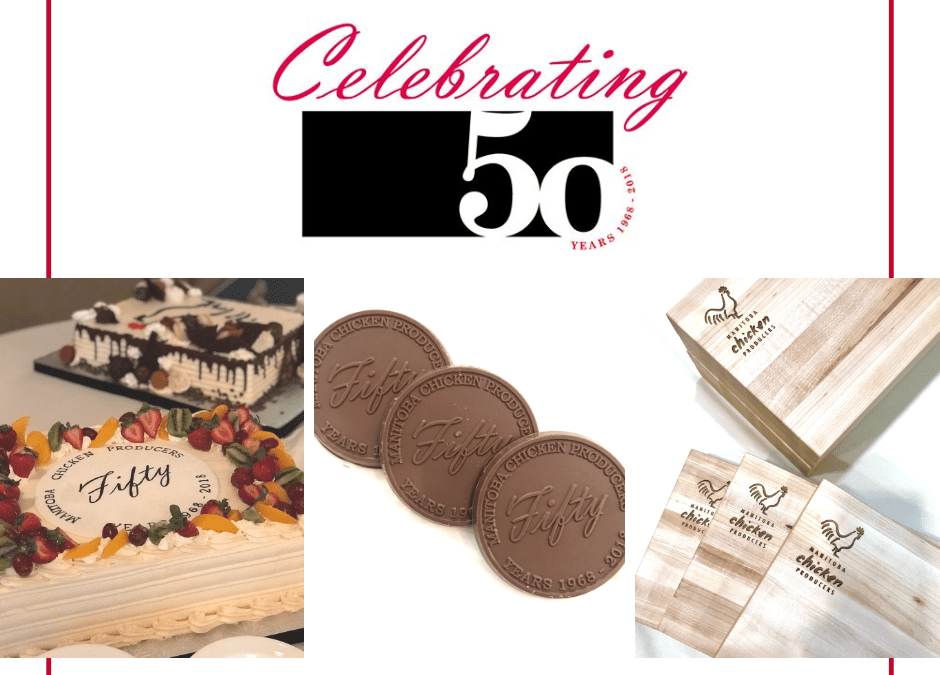 It’s been 50 years of hard work and dedication to achieve and maintain the highest quality standards for chicken producers! Manitoba Chicken Producers represents 120 family-owned farms raising nutritious, delicious chicken for stores and restaurants throughout Manitoba and northwestern Ontario. Manitoba chicken is always a great choice for you and your family! Our chicken is grain-fed, free-roaming, and raised without the use of hormones or steroids. In addition, Manitoba chicken farmers follow an on-farm food safety and animal care program to ensure you always receive the highest quality, wholesome chicken. Here’s a brief reflection and some historical moments from our past fifty years.

A board is established

Board meetings were held at the Directors’ homes until office space was offered to us by The Manitoba Vegetable Marketing Commission.

Director Waldie Klassen helped organize provinces to create a national system. This lead to the creation of our current national organization, Chicken Farmers of Canada. Special accolades to Waldie Klassen who was inducted into the Manitoba Ag Hall of Fame in 2014. 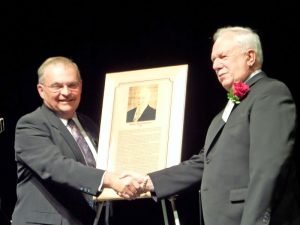 Our Current 2018 Board of Directors: 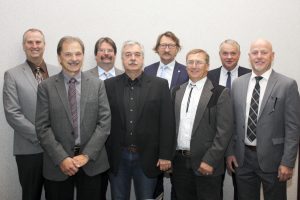 Advertising becomes part of our strategy

1975: Chicken was voted the “Manitoba Product of the Month.”

1990: The inaugural “Great Tastes of Manitoba” aired on Videon Cable TV! 1991 saw the show grow from a “west of the red” cable presentation to covering all of Winnipeg and 35 communities in southwestern Manitoba.

1996: “Grown in Manitoba” symbol was introduced to consumers as way of identifying Manitoba chicken. The symbol was seen in retail advertising, on fresh tray-pack chicken in retail outlets, on recipes and on point-of-purchase materials.

1997: Manitoba Chicken Producers launched its first website. It was the only chicken producer site targeting consumers. By the end of the year the site was attracting 1,300 visitors per month from around the world.  In 2003, visits to our website exceeded 750,000.

2001: We became Manitoba Chicken Producers and adopted the logo we use today.

2005: We assumed responsibility for the Manitoba Broiler Hatching Egg Commission. 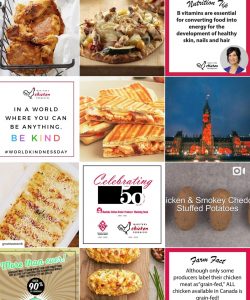 2014: We participated in Open Farm Day for the first time! 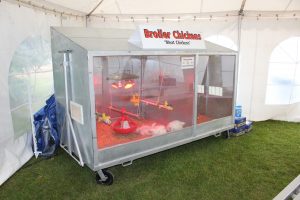 2015: Manitoba Chicken Producers created the Community Support Program providing funding for projects in the home communities of registered hatching egg and broiler producers. The program dispersed a total of $20,500 among 14 projects in 13 communities, ending in April 2017.

2017: The brand “Raised by a Canadian Farmer” was developed by Chicken Farmers of Canada. 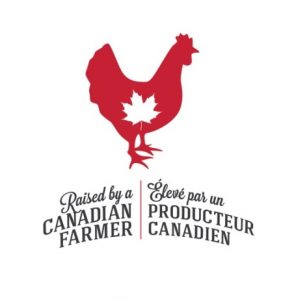 2018: In the spring we bid farewell to dietitian and Assistant Manager, Karen Armstrong after 26 years of dedication and phenomenal contributions to Manitoba Chicken Producers. 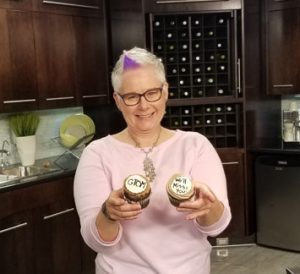 Karen Armstrong on The Great Tastes of Manitoba set

2018: On November 8, 2018 our 50th anniversary was marked with a celebrations and accolades for excellent service! We enjoyed sharing this evening with producers, industry professionals, friends, family, and dignitaries! Here are a few memories from our special occasion: 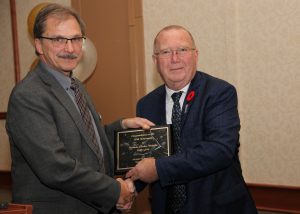 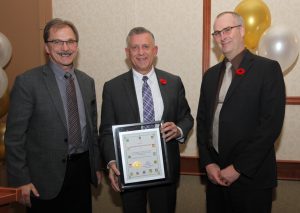 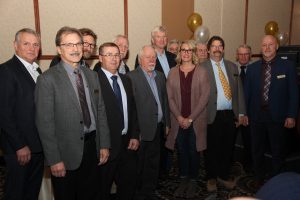 Past and present board members 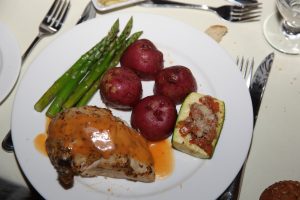 A delicious meal of Manitoba chicken was served! 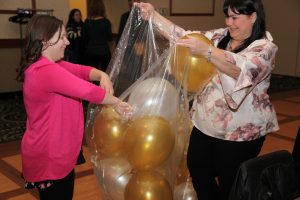 No celebration is complete without balloons