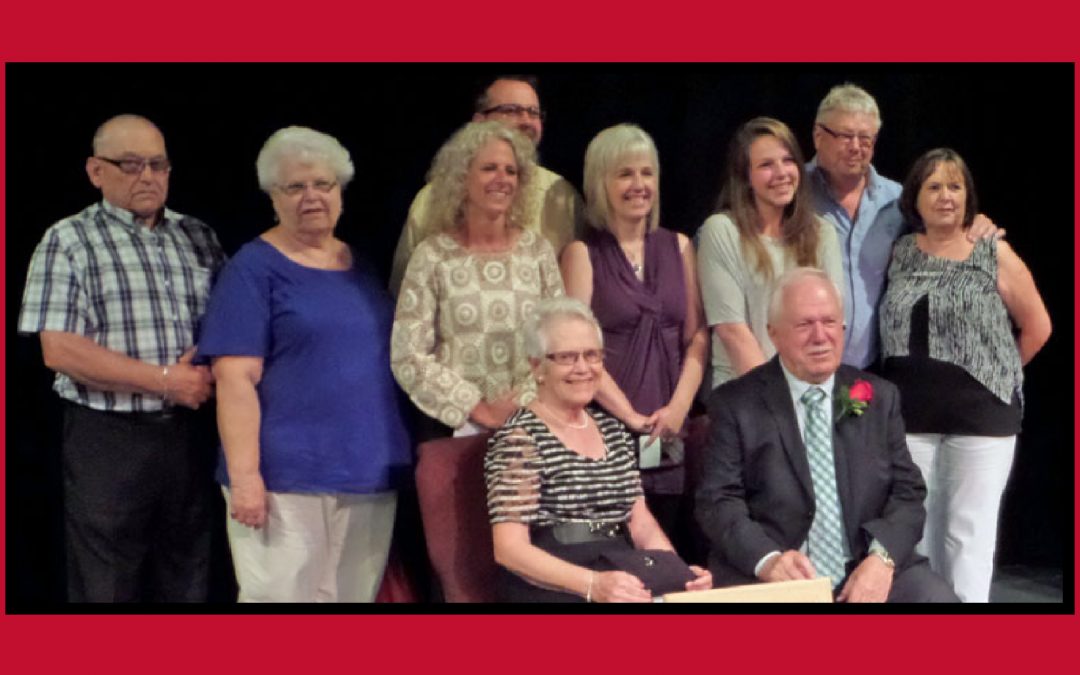 Waldie Klassen, retired chair of Manitoba Chicken Producers,  was inducted into the Manitoba Agriculture Hall of Fame in a ceremony in Portage La Prairie in July. 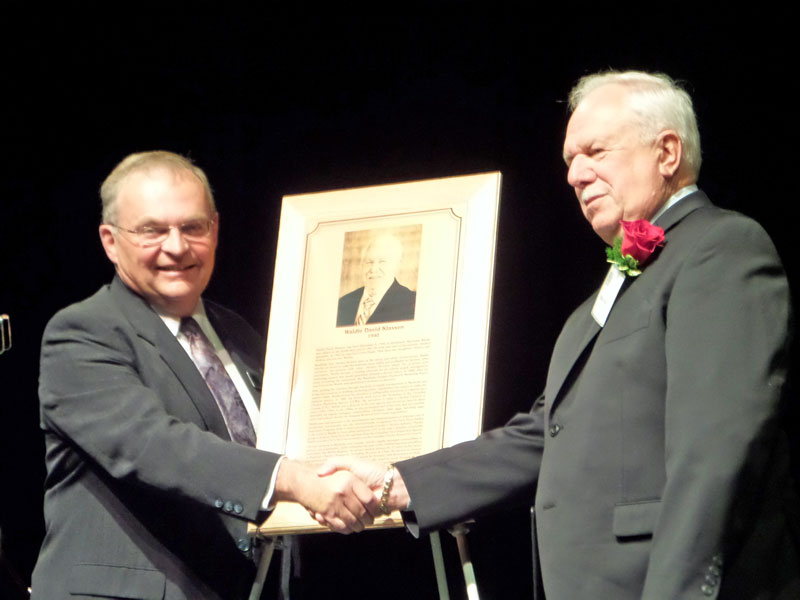 Waldie was a leading advocate for an orderly supply management marketing system that would guarantee farmers a decent return.  When the Manitoba Chicken Broiler Producers Marketing Board, the precursor Manitoba Chicken Producers, was created in 1968, Waldie was appointed as a director on the first Board.  He continued to serve Manitoba’s chicken farmers for 37 years as a member of the Board, including 20 years as chairman.

After guiding the industry through the birth of supply management in Manitoba and being instrumental in drafting marketing plans, regulations and orders to make the system viable, Waldie turned his attention to helping organize the provinces to create a national system.  In 1980 his efforts led to the formation of the Canadian Chicken Marketing Agency, now known as Chicken Farmers of Canada (CFC).  Waldie was a member of the CFC board for 24 years, including three years as chairman (1990-1994).  In the ’90s he was heavily involved in the defense of supply management during the Uruguay Round of GATT trade negotiations.

Waldie was instrumental in the development and implementation of national cost of production benchmarks, and the internationally recognized On Farm Food Safety Assurance Program, both of which are standards of today’s chicken industry.  Thanks to the work by Waldie on food safety initiatives, CFC is the only Canadian commodity group to achieve Third Party Recognition from the Canadian Food Inspection Agency for food safety programs.

Chicken farming in Manitoba and Canada, and the supply managed commodities in general, are sustainable and viable today because of the trailblazing work of selfless individuals like Waldie Klassen.